Ten people have been killed and 13 injured at a military base in Spain, when a Greek fighter jet lost power and crashed into other aircraft parked on the ground.

The incident happened during a NATO training exercise. Both pilots were killed.

(CNN)Kurdish fighters have taken the Syrian city of Kobani from ISIS’ grip after 112 days of fighting with the Sunni extremist group, multiple sources said Monday.

The announcement comes a day after an Iraqi official declared that Iraq’s Diyala Province had been “liberated” from ISIS.

“YPG is in control,” Nassan said, using the acronym for the People’s Protection Units. “They are making sure to clear the streets and the places from ISIS to declare it a free city.”

As the fight to ISIS keep going on, many sad and bad news are coming out.

On the attached article you will read about (in this case) “former” French soldiers (also coming from SF Units) joining ISIS Forces.

I personally feel frustrated by such news.  If in one hand I expected such event (Is not only because they where soldiers that shouldn’t join the “dark side”), on the other hand, to think that well prepared Soldiers are joining the bad cause can only raise my concern!

My primary concern stand in the fact that ISIS personnel will surely exploit their knowledge and experience in order to better fight the “Coalition Forces'”;  than, as second step, they will probably create special cells within the Jihadists, which will be able to operate autonomously and perpetrate simple or even complex operations in order to attack any possible target around the world!

My secondary concern stand in the media effect;  having Special forces Joining the ISIS could become that good incentive to let many other (for the moment not yet decided or sure) to join the ISIS cause!

I personally have not a real solution to this situation; have been demonstrated that are not only muslims deciding to join ISIS, but also (and especially) converted to Islam, that normally follow the extremism path. And we all know that a person motivated by “faith” can be way more drastic in his/her decision than a person motivated by any other thing!

Every day, somewhere, in some office, there is a discussion on the use of UCAVs.

There is no doubt that they are for several reason better than any other past and actual systems:  it is, in fact, enough to affirm that UCAVs has the only limitation in their real autonomy (fuel consumption etc) and not in Human limitations’.  Since are remotely controlled (also by the use of satellites, which expand their use to a worldwide area), pilots, have no problem of sleep deprivation, or fear or any other “Human concerns” etc., therefore are considered “better soldiers”.

As Former Special Forces, I have some doubts on their future use and developments… we Human know that the war is not only shooting here or there, launching bombs etc, war is matter of killing people, create devastations, defend innocents, etc. … but the idea behind the future development of these UCAV and UCTV (Unmanned Combat Terrestrial Vehicle) stand in the research and development of system able to operate in the complete absence of Human control… in the future (not far in my opinion) we will probably have to just set the target or task in the computer and lunch the system… it will accomplish the mission, no matter what, when, where etc etc … very good if considering only the tactical and strategical tasks… but what about when Human are victim of failure systems?

My other big concern stand in the fact that, if we can create, develop and use such systems, also our enemies can!  this means that terroristic groups, weak nations etc (that before needed anyway a huge effort in oder to create a real treat) tomorrow (or already today) could need a small effort to gain a huge result…

I leave you with the following article, which explain in short how UACVs gain power on the tactical scene, and what concerns are now showing up!

I like to show you this short SF FAQS.  Although I would have some minor corrections  , I am sure you will find interesting, at least to gather the real basic info on What are the SF/SOF Why exist and what are the main concerns for the “common people” 🙂

In the linked article three easy and common questions about Drones: What, Why, and Concerns. 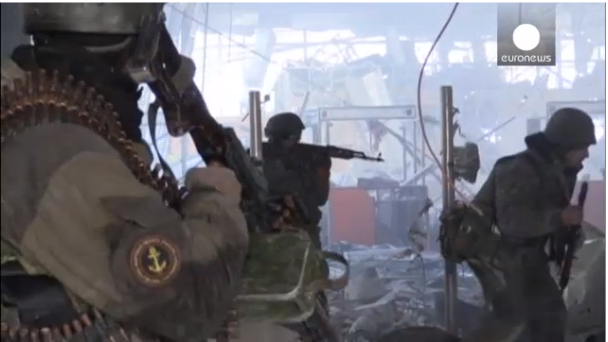 the latest news in the following article …

After heavy fighting over the weekend the Ukrainian government claims its soldiers have retaken control of large parts of the airport in Donetsk, the eastern city at the centre of the pro-Russian rebellion.

Video claimed to have been filmed inside the terminal at the weekend showed what appeared to be organised and well-equipped pro-Russian rebels. The airport has been been closed since early last year when they took control of the site. 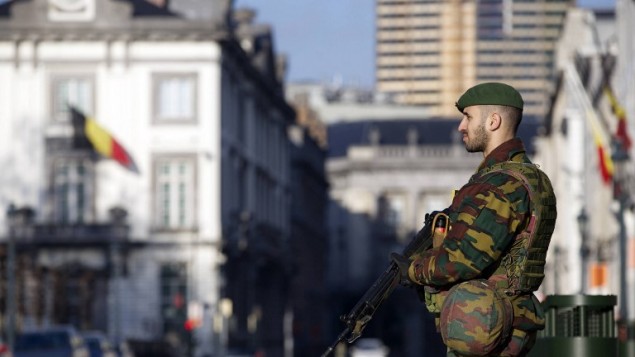 The news about “the seeking of terror mastermind” keep flowing on the net.

Of course many agency are now working together in order to capture the responsible for the recent terroristic attack happened in paris.

But Again, I am wondering whether the dislocation of Military forces in our territory is something necessary or in any case Helpful!

And meanwhile In some Eu countries (i.e. Italy, Belgium and France) Soldiers in full war setting are sent down the streets, somewhere else  in the world Terrorist are celebrating their “other” victory! Yes because the needs felt by these nations to raise their security standards and control by the enforce of soldiers in the streets, is a clear sign that fear is now among the european people!!!

In whole Europe we have dozens of police forces and security agencies, all of them designated to control the territory;  but after the recent event, some nations decided to send “also” Military.

To this point my questions are: Is it really necessary?  or maybe, should we only trust our police forces?

I will look forward for your comments!

For most, winter is the most demanding environment to operate in.

For the unprepared and inexperienced, it can be a nightmare of cold, of struggle against the elements, immobility, misery, even death. And only from the elements.  For the experienced, it provides the exact opposite – mobility, access to water anywhere, a time where working with the elements offers a greater edge in using them to your advantage against your opponents, something known to any guerilla warrior, and a time of beauty and awareness, but also highly skill demanding.  If you are an amateur, even only slightly trained – you are screwed against even moderate experts.  In the following editions of Tactical News Magazine I will write three articles on winter survival, the next will cover WHY you need to know about snow types, shelter techniques that work and which that refrain you from getting wet when building, fires that will make you comfortable instead of just smoke and shivering over a small miserable fire, how to protect your kit and weapon from getting wet or frozen, how to dry equipment in winter, and how to gain the initiative in winter conditions, and ten small secrets sooo essential to winter survival.

If you want to operate in winter, you had better learn to be comfortable first. Or the enemy will simple let you get miserable before anything else.

In all three articles we will emphasize the need to  THINK and to be AHEAD of developing situations by building MARGINS.  PREVENTION is critical in winter as it takes forever to recover back to the outset when you make mistakes.  What is winter?

For some winter is rain. When we talk about winter – we mean snow and freezing temperatures. Oh yes, even way above the Arctic circle coastal conditions can mean rain in winter– and temperatures jumping from minus 25 to rain in day and back – with disastrous consequences if unprepared. And it can be -40° C and a strong breeze on top (not talking minus 40° windchill – I am talking -40° C read on the thermometer and wind on top. Coldest I have had? Around

·      56° C and a light breeze on top. People say high air humidity and wind at milder temperatures is the coldest

·      but only because they were not dressed right. -56 C and a light breeze is amazingly cold, trust me. But you can still do well.

How to stay WARM…