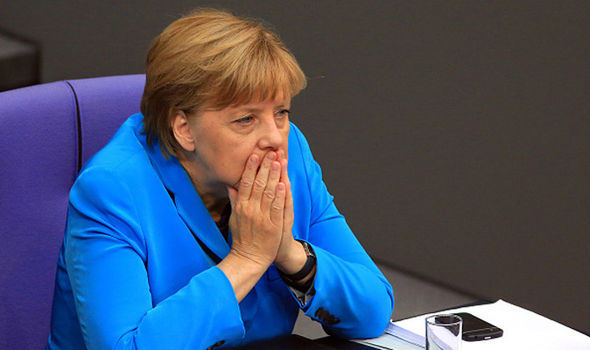 Sure, Immigration is nowadays “the problem”, so it seems to be normal reading about many conferences or discussion (both to a national and european level) held in order to find a solution!

The following article describe how this discussion is held in Germany, and what are the main concerns and possible solutions… But what about if we did not attack Libia four years ago, and if we did support Syria when the rebels started to fight?  and what about if Europe would have helped Italy in its effort to stop the illegal immigration?

There would be many other questions to raise, but I believe you all have got the point.  Up until today, the whole Europe, have been pretending to be safe and protected by such huge drama… Non of the EU nations has ever mentioned to intervene in the “Syrian problem”, and today, when it is to late, Eu is looking for a new solution, able to justify its past mistakes.

Today politicians, economists and other are trying to convince the EU citizens that Immigrants are a good thing, to the point that media are now stressing on the idea that immigrants are the only resource to finally provide us new power for our future grow and development.

I personally have many doubts about these assertions, at least considering that when you need qualified people in your factory or company, you do not open the main gate and let anybody comes in… No you normally ask for CVs, you made interviews and finally you select only the people that you recognise as the one you where looking for!

But this is only my humble opinion!

The main stream of refugees is moving from the south across the border with Austria, through the so-called Balkan route, and therefore the greatest burden falls on the shoulders of Bavaria. In the current critical situation in the region for the state government makes tough statements and appeals to the Chancellor to introduce restrictions on the admission of refugees.”Suddeutsche Zeitung”, citing its own sources in the European Commission hastened to announce that Berlin and the European Commission discuss the possibility of introducing “refugee solidarity tax.”

As noted in the publication, this tax would be levied by raising value added tax and taxes on production and import of oil and oil products, and then transferred directly to the budget of the European Union.

The collected funds are supposed to be used to contain the influx of illegal migrants into Europe, by improving the living conditions in countries of origin of refugees and strengthening the protection of external borders of the European Union.

According to the results of a sociological survey conducted by the Institute for Public Opinion Research “Emnid” ordered by “Bild am Sonntag”, almost half of Germans (48 percent) do not approve the policy of Chancellor Angela Merkel on refugees. At the same time 38 percent of the respondents support Chancellor’s immigration policy.

As evidenced by the results of the study, a vast majority of Germans believe that Germany will not be able to protect themselves from the influx of refugees. This view was expressed by 76 percent of the poll participants. Meanwhile 50 percent of respondents believe that Germany can cope with the migration crisis.In the face of growing discontent of the population with migration policy of the ruling coalition, Angela Merkel again came to the defense of its policy toward immigrants.

“We should warmly welcome the refugees, like all other people, and this, in my opinion, is the fundamental principle of humanity in our country,” – she said in an interview with “Bild” newspaper. According to the German Chancellor, due to the good economic situation in Germany, the government does not intend to impose a tax of solidarity with refugees, nor raise existing taxes.Despite criticism from the supporters of the Christian parties bloc, she is “deeply convinced” of her course, Merkel said. Falling popularity among voters are not “measuring” the correctness of her actions, she said.

At the same time Merkel indicated that the crisis associated with the influx of refugees can only be resolved in cooperation with European partners. “The whole of Europe must exert efforts to strengthen external borders and at the same time a fair distribution of the refugees between its members,” – she said. In addition, the problem needs to be addressed on a global level, fighting the causes of people fleeing from the crisis regions, further stressed the head of the German government, while pointing to the war in Syria.

But in spite of that Germany continues to welcome refugees, record, distribute on federal lands, provide accommodation, catering, provide medical assistance. However, given the rapid increase in the number of asylum-seekers, the German administrative structures and tens of thousands of volunteers are on the brink of their capacity. There is a lack of hostels and staff.

The figures speak for themselves. In September, it was an absolute record – there were more than 43 thousand asylum seekers registered in Germany. The total number of refugees who arrived in the country in September, is several times more – 164 thousand.

The bulk has no time to submit an application.Still, the problem of reception of refugees would be much less acute if the shelter was asked only by those who were really subjected to political repression at home and had their life threatened. But in the general flow arriving in Germany, are people from safe countries.

According to statistics, in September, the first place among the number of asylum seekers in Germany were Syrians, but in the second – the Albanians, on the fifth and sixth – Serbs and Macedonians, on the ninth – the Kosovars. At the same time immigrants from the Balkan countries have almost no chances to remain in Germany as their countries are recognized by the European Commission as safe.

Bavarian Prime Minister Horst Seehofer, where the authorities have to take the lion’s share and redistribute refugees arriving in Germany via the Balkan route through Austria, proposed to establish a transit zone at the border. The idea was supported by the conservative German Interior Minister Thomas de Maiziere.In such areas, they point out, it would be possible to clearly identify economic refugees from safe countries that do not have grounds for asylum, screen out persons with false documents promptly – within a couple of days – to make a decision on their applications and then send home. It is suggested to use approximately the same practice that is used in German airports.At the air