I cannot avoid to repost this article written by David Bahde.  I agree with any single words, and to be honest, I could have never write this concept in a better way.

I am personally motivating the “crowds” on to start to follow the tactical, gun, and security word in a better and more serious way.

Nowadays we have to many Rambo rather then professional.

I will conclude my comment with a simple sentence:

do what you are and not what you dream to be! 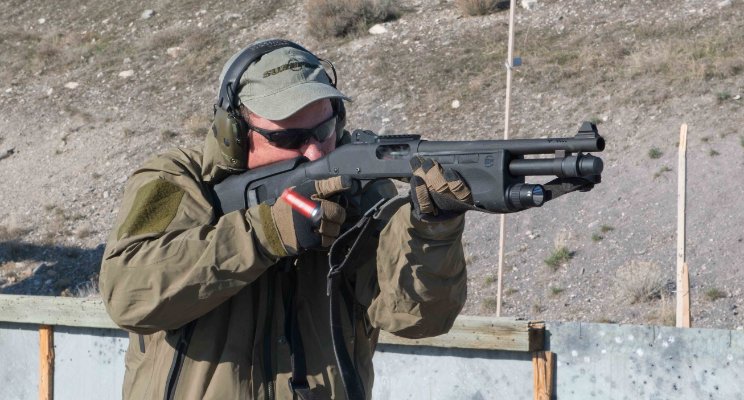 Its time we finally stopped looking at everything concerning guns through the lens of some perceived connection to “combat”. Here is some breaking news, not everyone is a commando, in fact most anyone that says they are never was. Every real Special Missions Unit guy I know does not spread that around. Besides, not only do most shooters have no need for the equipment they used, truth is it may not be all it was cracked up to be.

Top tier units get some good stuff, but not all of them. In many cases they looked to the “civilian” market to upgrade. More importantly the equipment they use fits a mission, a mission only a small percentage of people will ever encounter and may NOT be whats best for your needs. Having the best hammer in the world is pretty useless when you need a ladder.

I get it, commandos (real or perceived) are cool, it has spawned an entire market surrounding weapons and training that has made a bunch of people a but load of money, still does. Hollywierd has been making bank on it for decades. More power to them, its America, we get to do that here. Thankfully capitalism looks to be back in vogue at least for the next eight years. This year looks good for the gun world even without the paranoia spawned demand from our current gun banner in charge. I am part of that ilk having spent the last several years testing and writing about the “next best AR” .

I have made my share of money covering what is nothing more than the same gun with a different look, or color, or some “look at me I am a badass” engraving or shape. Its not bad, it just “is what it is”. If you are collecting or playing dress up with a gun have at it, for now at least you can do that in America. But, if your intent is self defense or concealed carry its time to get real. Understand that some of the most cool stuff out there may be useless to you and your needs. If you are a commando, a real one, you generally get your kit issued to you. If not step back into reality and take advantage of the most vast and varied gun market in history. I honestly cannot remember a time when you had more choices for self protection, concealed carry, or just plain fun on the range.

Don’t discount the value of an entire weapons system, like shotguns for instance, just because some expert says they are antiquated. Are they for everyone, nope, but many prepared to discount their effectiveness seem unwilling to test that in real life. Metal guns are not bad, no more than plastic ones are perfect. Itty bitty pistols are not bad either, but nor is it problematic carrying a high capacity wonder nine, revolver, or a plain old 1911 in 45 ACP. Each has its value and limitations, which is most critical depends on you, not whats in the next video or social media post. Just because some tactical guru is incapable of properly using something does not mean its ineffective. Be careful and never confuse the pundits failings for the gun he or she is using. And this is not something limited to this generation. I constantly hear “old timers” with stellar reputations utter some of the most moronic advice imaginable. Lousy advice used to just be free, but you had to seek it out, these days you get bombarded with it every day like it or not.

The bottom line is pretty simple, the first step in determining your needs when it comes to firearms or gear is honesty.

…KEEP READING AT… (it worth it)

STOP!!! Not Everyone is a COMMANDO!!! | David Bahde | Pulse | LinkedIn